6 replies to this topic

If your like me you have a habit of cruising Craigslist finding things that you want but can't afford. But once in a while, their is something but you do have to be quick about it.  So was the case with finding this truck. 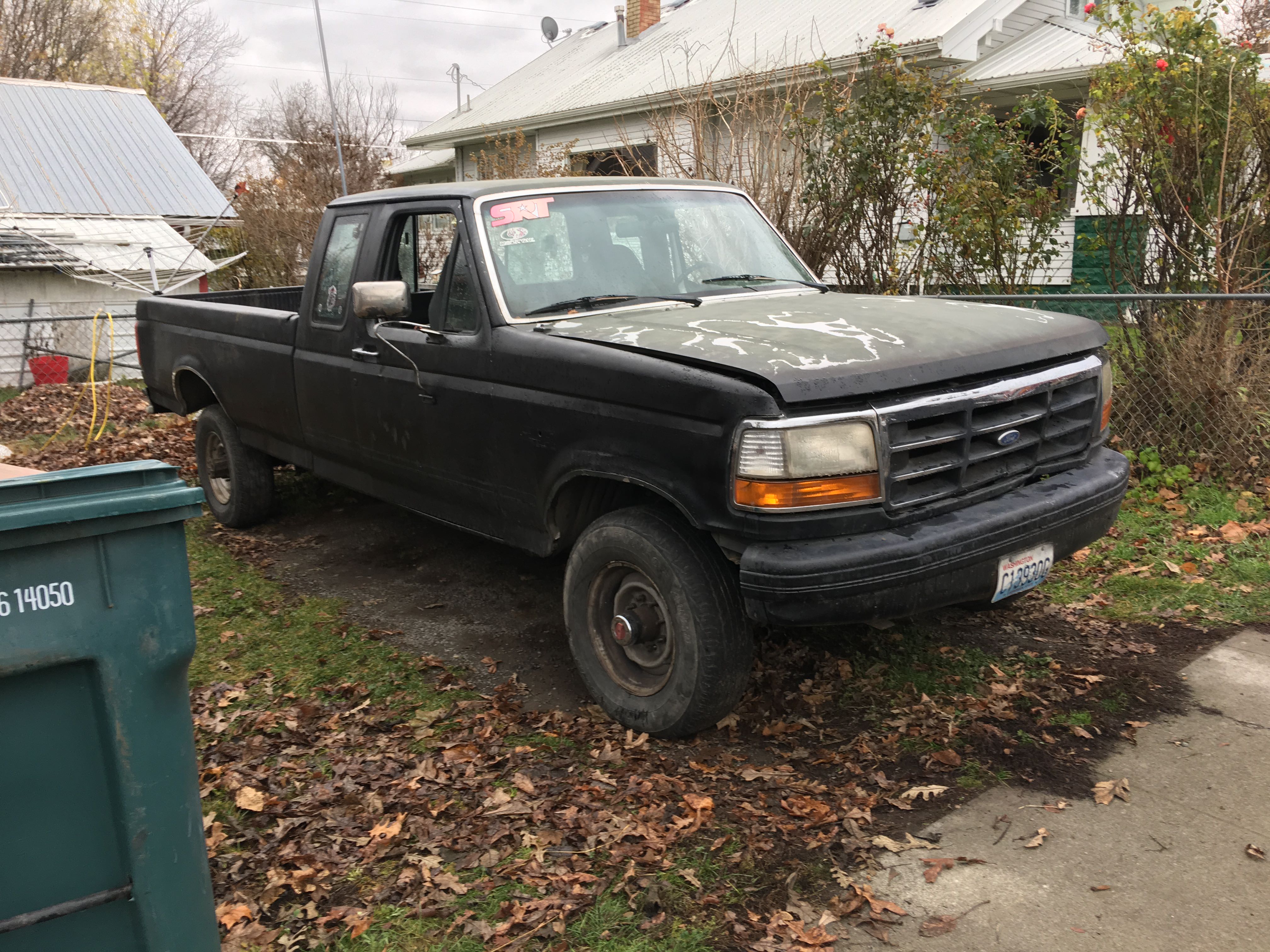 Picked this 1992 F-250 for $250 and brought it home on a trailer. The engine runs great but a lack of mechanical knowledge from the previous owner quickly brought the life of this truck to an end. Items of convenience such as power steering and front brakes are gone from this truck. The bed is very rusted and black paint covers up many problems. However this is a 460 truck and not a silly diesel. So the plan is to clean up the engine and find a new home for it. I'm tossing up the idea of dropping the 460 into a F-150 2wd and making a fun drag race truck or replacing the tired 460 in the 1984 Crew Cab Long Bed. Don't know what I'll do yet but the neighbors are hoping that the Black busted thing on the block will go bye bye sooner then later. Guess its time to order an engine stand.

Check back often to see what progress gets made on Betty and the 460 engine.

Yo,
GL with the next project!
With so many mom and pop garages STILL CLOSING in our neck of the woods, there are stands and other garage equipment often on craigs or in newspaper ads.
Al

96 Bronco, E4OD, Man Xfer Case & Hubs
See my Big Bronco & F Series Technical & Parts LINKS site. Will need to clean up dead links & add many more new links some day. Thanks to Mr. Schwim! http://schwimserver5.com/?index=1128
Thanks to All Who Serve

We have many quick lube places here in town and a few transmission shops but only 1 maybe 2  true mechanic places. My family has been using the same mechanic since 2006 and he has even mentored me on what to do to fix my vehicles. He knows that if I can't fix it'll end up in his shop. I never have to wonder if I got ripped off or not.

Working on the 460 will be fun, I've been wanting to tare down an engine for a few years now. Best part is I don't have to sell off parts of the Truck to make-up for the price.


96 Bronco, E4OD, Man Xfer Case & Hubs
See my Big Bronco & F Series Technical & Parts LINKS site. Will need to clean up dead links & add many more new links some day. Thanks to Mr. Schwim! http://schwimserver5.com/?index=1128
Thanks to All Who Serve

Made some progress after many months of letting the truck sit. 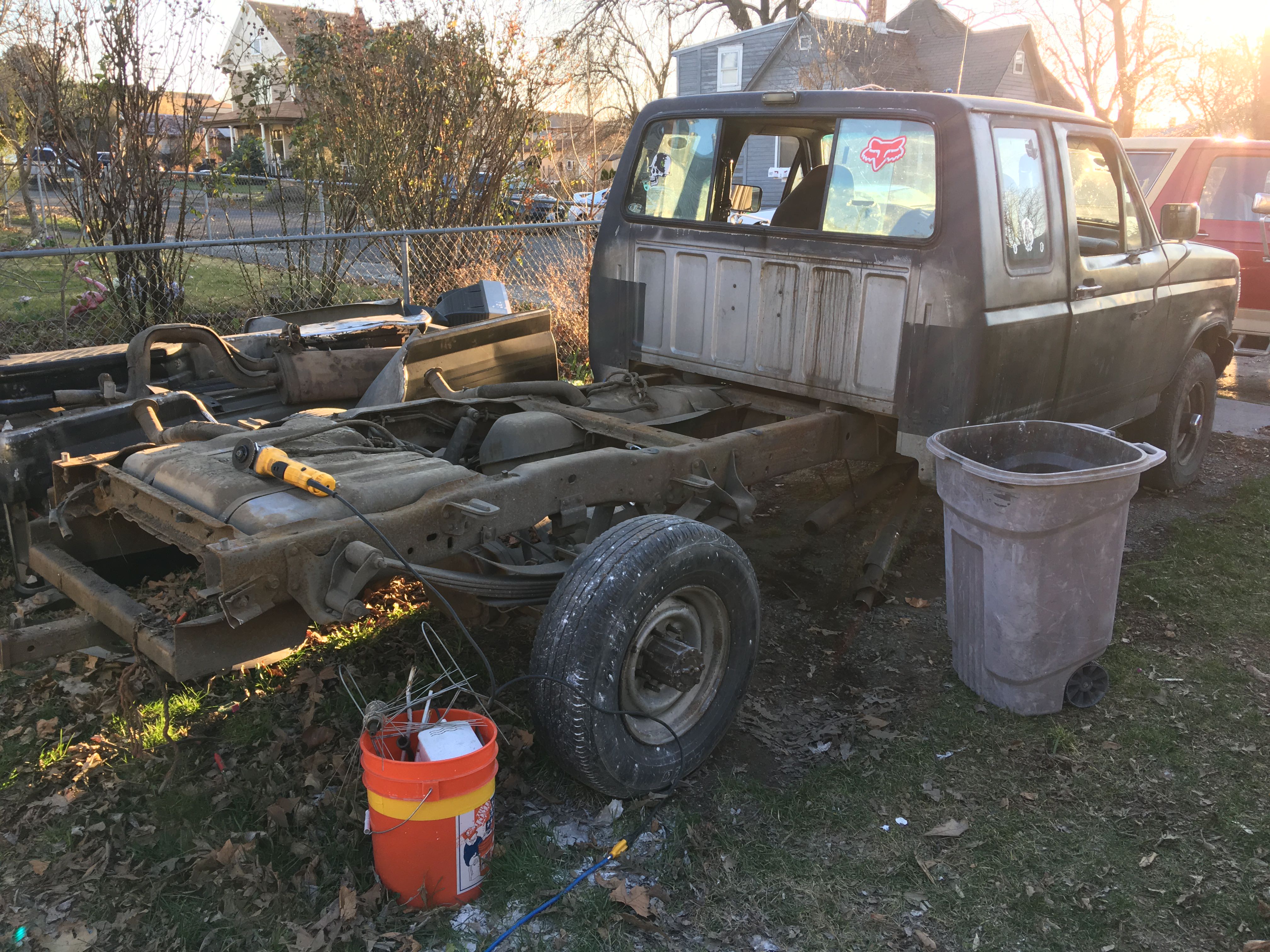 Wow, its 2019 and this truck is still taking up room... 2018 went by quick with other projects taking my attention. Hope to get back to this one soon.

I kinda feel bad I never really finished up this thread as to what became the end of this truck. 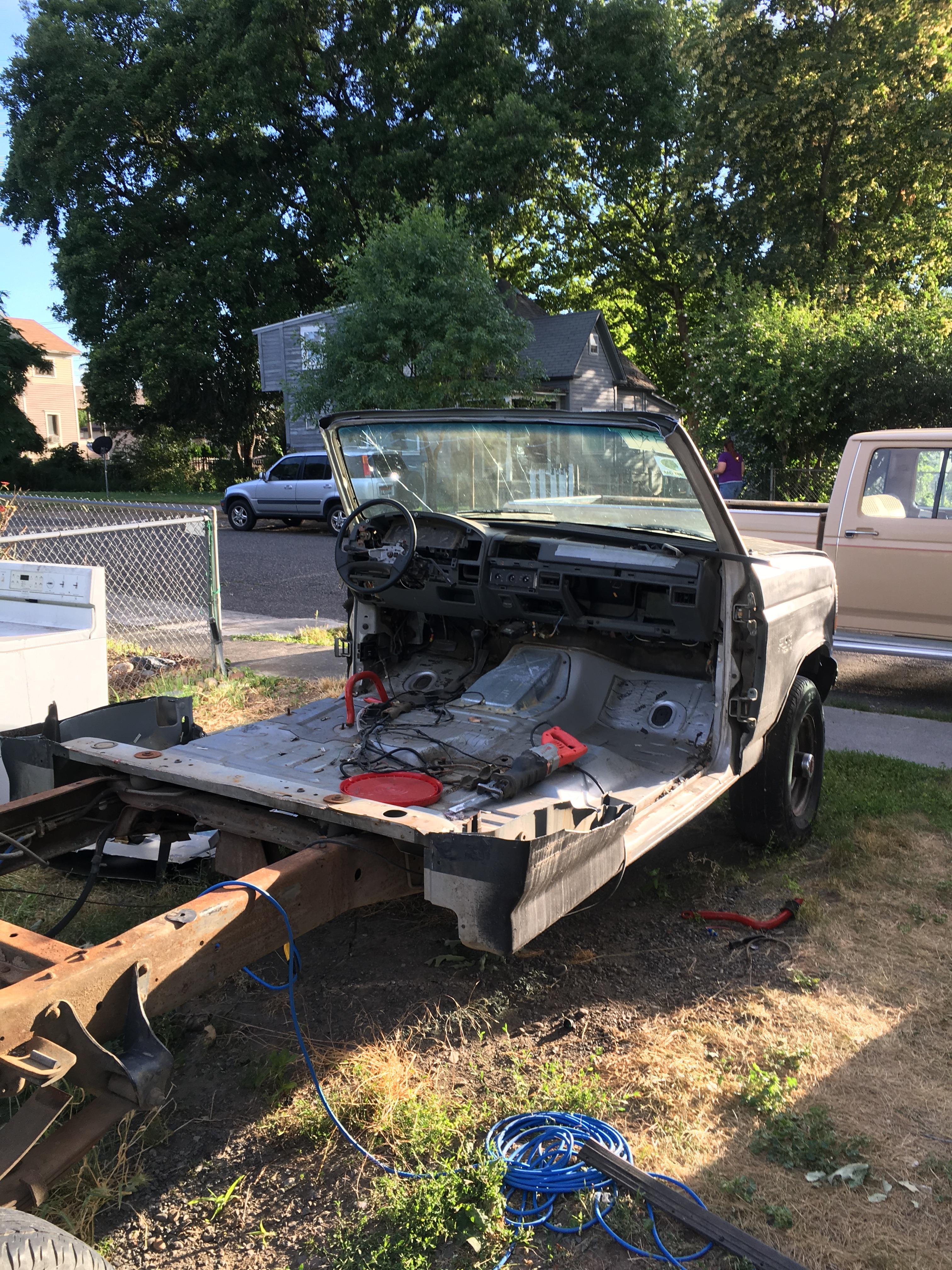 The truck moved from my House to a shop area where it was further disassembled. The rusted out truck bed was cut in 1/2 for transport and sent to scrap. Same with the cab. I try'd to ave the back window but it shattered on it way out. The engine wasn't in that great shape and to this day is still waiting to be rebuilt for another 460 project. I still have the transmission and plan to sell it at some point or have it rebuilt. The fame was a lil' big for me to transport so I call'd a guy and he hauled it off for free.

I kept the wheels and tires since they hold air and have used them as rollers for moving vehicles around. 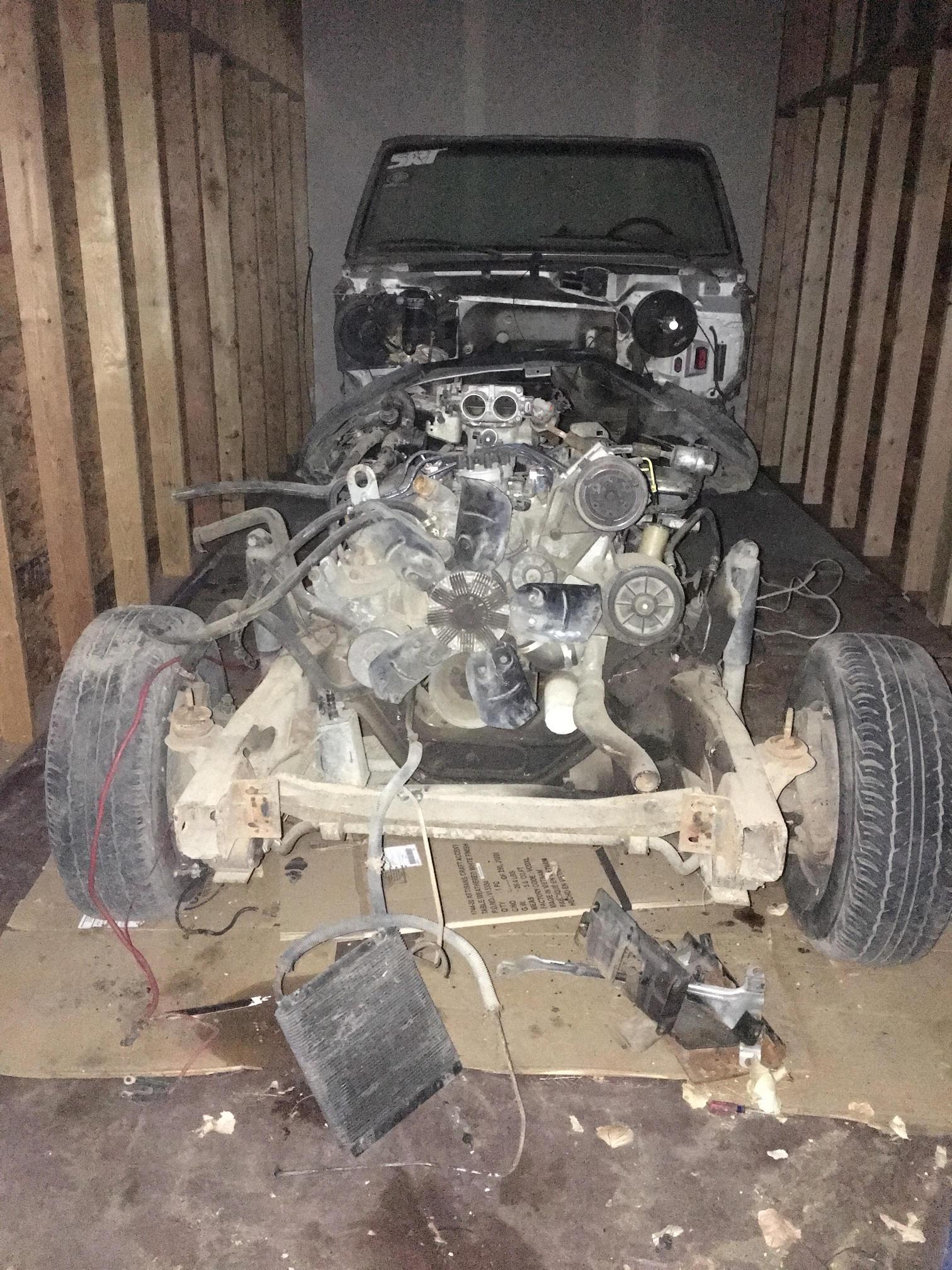 Really what it boiled down to is due to the lack of care and lack of repairs, this truck was unrepairable but it donated a bunch of lil' parts to the fleet to keep the other vehicles going.